2013 Nitro and Fire at Perth Motorplex

We're now 3 meetings in to the Perth Motorplex's 2013/2014 season, and we have our first taste of Nitro Funny Car for the season this weekend. Mark Sheehan (pictured) and Anthony Begley are match racing in their fuel floppers, supported by Andy Beauchemin and Pieter De Witt in their Jet Dragsters and a full field of Group 2 and 3 racing. 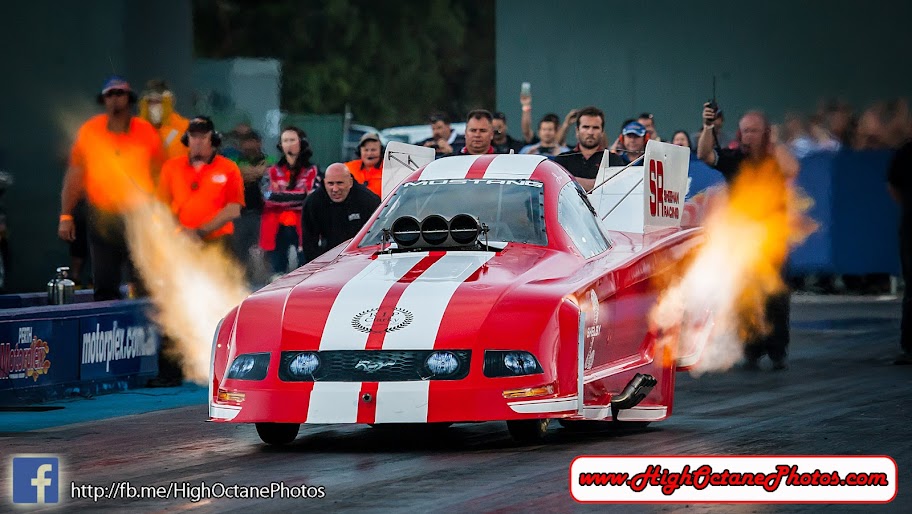 Looking through some photos from 2012 and found this shot of Chemical Warfare I hadn't posted before, so here it is :) 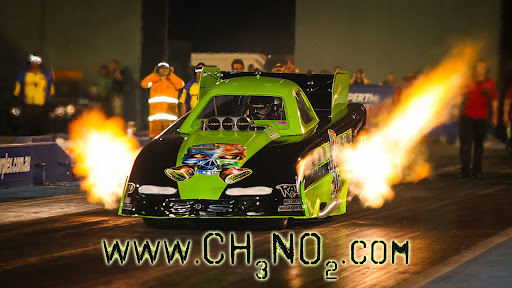 Posted by Phil Luyer - High Octane Photos at 9:12 AM No comments:

Here's another shot from the Nitro Max! round at the Perth Motorplex over the first weekend in February.

This is Darren Morgan in the consolation final on Saturday night. Darren finished the weekend in second place in the ANDRA Top Fuel champioship, 43 points behind Phil Lamattina.
Posted by Phil Luyer - High Octane Photos at 3:02 PM No comments:

This weekend, we're at the Nitro Max! event at the Perth Motorplex. The event sees a concept familiar to many drag racers and fans, the 'Three Round Format' or 'Chicago Shootout' adapted to ANDRA Championship Racing. Under the ANDRA Championship rules, the three round format consists of a compulsory qualifier, elimination round and a finals round, where the four fastest winners are seeded into A and B finals to run off for championship points.

Due to the compact nature of the event, an entire championship round can be run on a single day, as is the case with the Nitro Max! event, consisting of rounds 4 and 5 of the ANDRA Top Fuel Championship series for 2012/2013.

Here's a shot from Friday night, which saw Phil Lamattina take the win in 4.73 seconds over local driver Damien Harris' 4.77 seconds, one of the closest and quickest passes we've seen here at the Motorplex. This shot is from the compulsory qualifier round, with another Western Australia, Alan Dobson, driving for Santo Rapisarda, with a small fire. In the other lane is round winner Phil Lamattina.

Posted by Phil Luyer - High Octane Photos at 8:50 AM No comments: